I don't know that I have it in me to offer something new and deep on the awful death of Aaron Swartz on Friday. Aaron was known for, among other things, downloading 20% of PACER in 2009 and breaking into an MIT server closet in 2011 to download a huge chunk of JSTOR. I was not close to him, and the most meaningful interaction I ever had with him was a back-and-forth in the comment thread of a defense of open data post that my colleague John Wonderlich wrote. I know people who knew him better though, and seeing them deal with it is jarring and miserable.

Apparently Aaron befriended some terrific writers in his life, because he's been honored with some stirring reactions.

Lawrence Lessig knows something about justice, and is angry:

Here is where we need a better sense of justice, and shame. For the outrageousness in this story is not just Aaron. It is also the absurdity of the prosecutor’s behavior. From the beginning, the government worked as hard as it could to characterize what Aaron did in the most extreme and absurd way. The “property” Aaron had “stolen,” we were told, was worth “millions of dollars” — with the hint, and then the suggestion, that his aim must have been to profit from his crime. ...

He was brilliant, and funny. A kid genius. A soul, a conscience, the source of a question I have asked myself a million times: What would Aaron think? That person is gone today, driven to the edge by what a decent society would only call bullying. I get wrong. But I also get proportionality. And if you don’t get both, you don’t deserve to have the power of the United States government behind you.

danah boyd on the government's mission to triumph over hackers:

What made me so overwhelmingly angry yesterday was the same thing that has been boiling in my gut for the last two years. When the federal government went after him – and MIT sheepishly played along – they weren’t treating him as a person who may or may not have done something stupid. He was an example. And the reason they threw the book at him wasn’t to teach him a lesson, but to make a point to the entire Cambridge hacker community that they were p0wned. It was a threat that had nothing to do with justice and everything to do with a broader battle over systemic power.

In recent years, hackers have challenged the status quo and called into question the legitimacy of countless political actions. Their means may have been questionable, but their intentions have been valiant. The whole point of a functioning democracy is to always question the uses and abuses of power in order to prevent tyranny from emerging. Over the last few years, we’ve seen hackers demonized as anti-democratic even though so many of them see themselves as contemporary freedom fighters. And those in power used Aaron, reframing his information liberation project as a story of vicious hackers whose terroristic acts are meant to destroy democracy.

Derek Willis fills in an overlooked part of Aaron's work:

Despite the penchant of many (including my employer) to refer to Aaron as an "Internet activist", we should not forget that he was also deeply involved in the offline political world. I remember him volunteering to help Bill Halter's Senate campaign in Arkansas in 2010 (Halter lost the Democratic primary to incumbent Blanche Lincoln). He spoke at rallies about SOPA & PIPA.

He could have chosen the "web-only" role, and for someone who had a complicated history of social interaction, that might have been an easier route. But I think he learned that, whatever his talents with a computer, politics needs - demands - people on the ground, face-to-face. I also imagine such activities took their toll on him; a spotlight lays bare our strengths and weaknesses.

I don't know for sure whether Aaron understood that any of us, any of his friends, would have taken a call from him at any hour of the day or night. I don't know if he understood that wherever he was, there were people who cared about him, who admired him, who would get on a plane or a bus or on a video-call and talk to him.

For more background on the JSTOR case, Timothy Lee at Ars Technica explained back in September how the government managed to up the charges to 10 felony counts, and the larger context of the Computer Fraud and Abuse Act.

Even though I didn't know Aaron personally, I can't really help but re-examine my own work. I go to my job every day and work on improving access to public information. A few weekends ago, I remember going to a party full of lawyers and journalists and ranted (and probably bored) a bunch of ears off specifically about PACER, WestLaw, and LexisNexis -- what they represent, how they worm their way in, and the weakened democracy we live in as a result.

But my approach is very different. I work inside an institution, and none of my projects are viscerally radical. I work within the system, building the imagination and credibility to improve that system. And if I'm being honest with myself, my temperament generally favors "reasonableness" over radicalism anyway, which tends to steer me away from some kinds of achievements and towards others. Usually I'm okay with that, and I'm sure I will be again soon, but right now it just feels like I'm another guy coloring inside the lines.

An importance piece of peoples' reaction to another's death is, I think, a realization that we were taking them for granted. I don't have to consider starting a radical advocacy group to defend the GPL in court and generally legitimize copyleft - that's what we all have Richard Stallman and the FSF for. They'll take care of it for us.

With Aaron gone, it's up to everyone else now. Even before his death, Aaron's actions inspired others to take their own. That's only going to be more important now, as his death and the already changing norms around access to public information open up new opportunities for change. 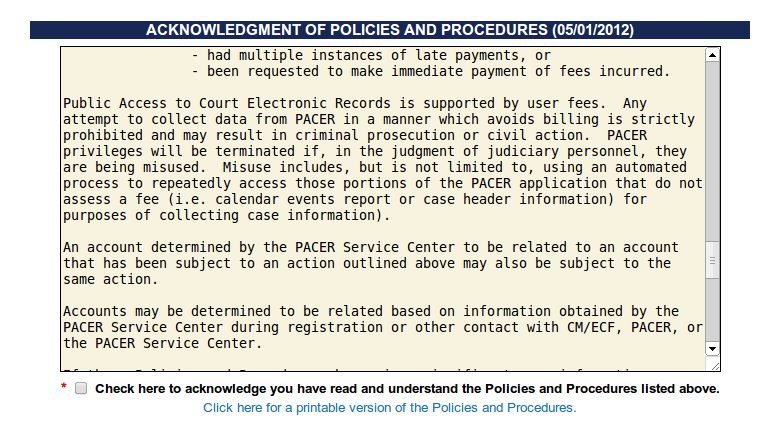